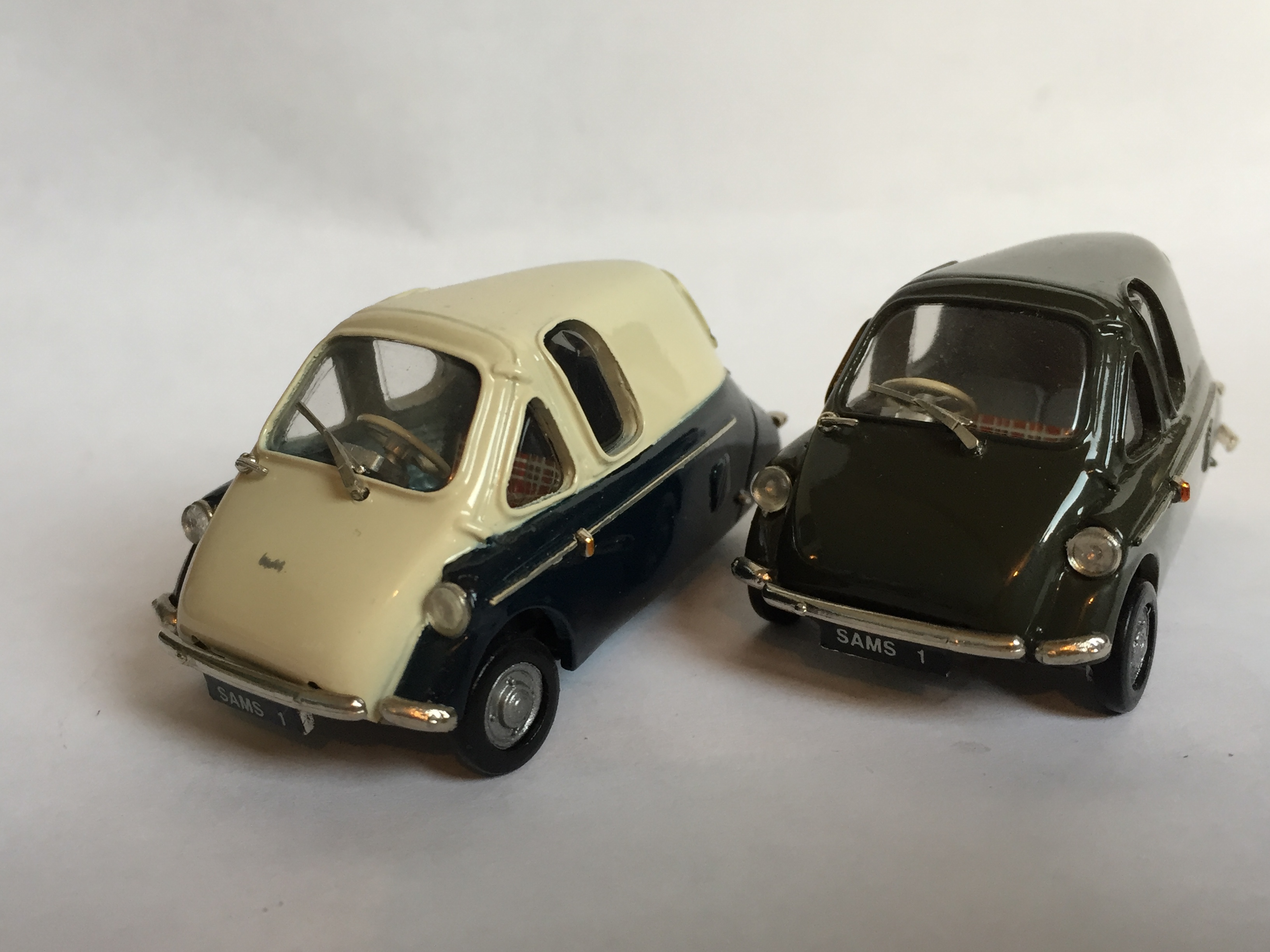 Its a collectors item that will increase in value over the years so makes for a great investment.

The detail on this tiny 1/43rd scale scootercar is out of this world, separate side lights, indicators, rear lights, fuel caps, wiper blade, engine lift handle, many chrome plated parts, including bumpers and lights.

The Trojan Van only comes in two colour green or two tone cream over blue.

The detailing on these stunning 1/43rd scale models is outstanding.

These models are made from white metal a mixture of tin and lead to produce the finest models around today and perfectly in scale to replicate the original vehicle.

The Heinkel Kabine Cruiser was built in Germany until 1958 after which 12000 had been built.  Production then transferred to Ireland where the car was known as the Heinkel-I.

In 1964 Trojan experimented with a van version of the 200, (although  only 6 were ever built).  The van had a steel body with a glass fibre body and with a single rear door in place of the rear window.

This continued for over 7000 cars until the licence was transferred to Trojan of Croyden, London in 1962.

The car became the Trojan 200 and continued in production until 1965.

The Trojan 200 was built in both left and right hand drive and included an export model which had 4 wheels, 2 close together avoiding the need for a differential. 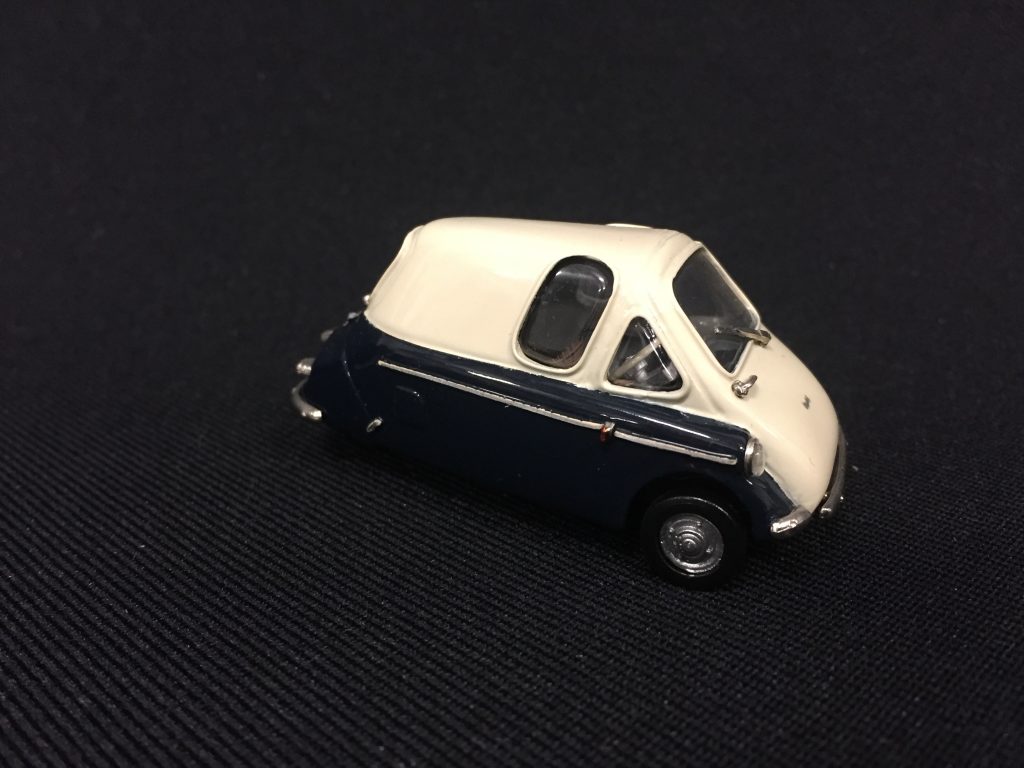 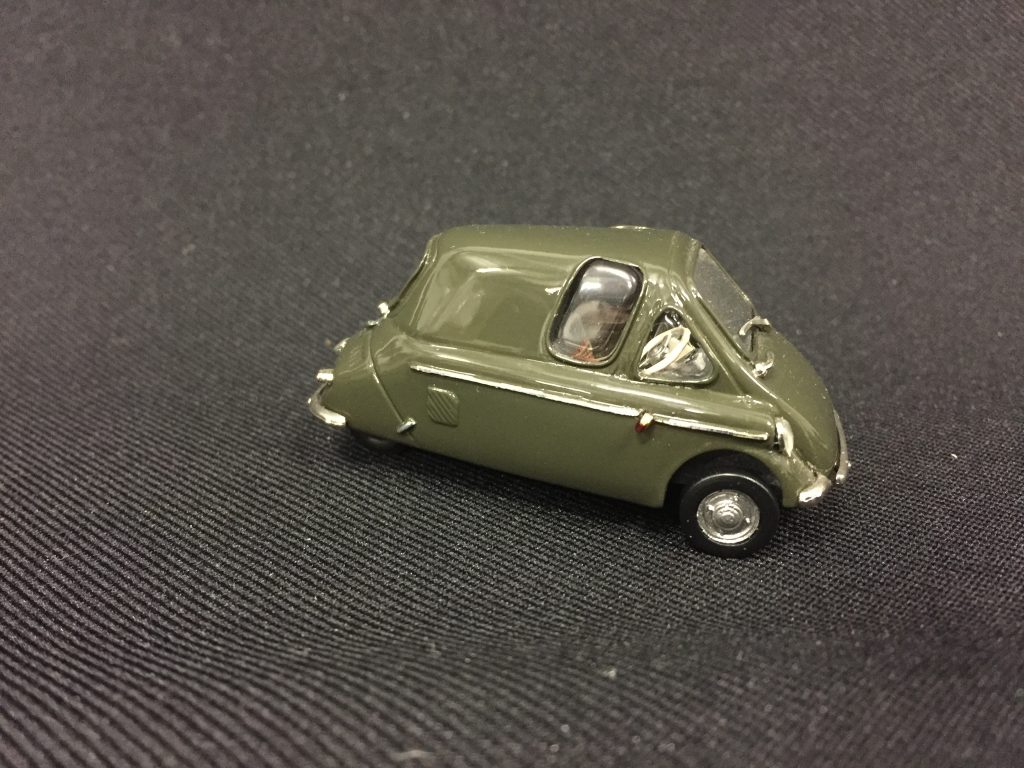